I started my career in 1980 and for the first 14 years worked in established businesses. With a finance background, my experience was limited to accounting, taxation, planning & reporting and fund raising. The only competencies acquired during those early years were people handling and the ability to define and solve problems.

In 1994, licenses for mobile phones were awarded and the group where I worked got the license for Chennai city. I was made CEO of the new company. I was delighted to go back to my hometown and happy that my capability and hard work was recognized. Much later I got to know that most in the group did not believe in mobile business, there were no takers for the job and I was picked for the unique distinction of my ability to read, write and speak in Tamil.

START OF THE JOURNEY & EARLY CHALLENGES

The journey started with my immediate boss handing over a business plan with a project cost of Rs.100 crores. The authorized share capital was Rs.1 crore and I was given a grand sum of Rs.51 lakhs as the group’s contribution. I was starting a Rs.100 crores project with Rs.51 lakhs in the bank. The challenge was to find the balance.

The first thing I saw on landing in Chennai was a huge bill board of our competitor “Skycell” announcing imminent launch of service. Clearly first mover advantage in a two-player market was slipping out.

The license condition stipulated that an experienced foreign partner is mandatory and in our case the partner was Vodafone. Within a few days of the project taking shape, they decided to vacate the Asian market; now there was a challenge to find a new foreign partner.

My personal challenges were – I had almost no knowledge of any function other than finance and there were no one in the team other than the CFO, whom I had requisitioned from the group and CTO who was recruited and had joined. The team had to be built from scratch.

The project plan was yet to be developed and we neither had the resources nor the digital tool required (in the absence of a foreign partner) to do the planning.

What is the target market for a service which cost Rs.16.80 per minute? (We could get three cups of tea for this sum in the corner tea shop); no one had a clue nor was there a market research done.

What is the product & how does it work? Except the CTO no one else had a serious understanding. This turned out to be a serious challenge when we were recruiting.

In life, not knowing consequences, we take a lot of decisions based on common sense and many tend to work. Most of the early steps fell into this category. These were:

With Rs.22 crores of foreign partner funding in place, we approached ICICI subsidiary for a term loan. This sanction was provided in a month and when the CFO and I met the Chairman to finalize, with debt equity ratio of 2:1, we were falling significantly short of project cost. He was open to enhance the exposure provided “own funds” were proportionately brought in. We suggested to them to bring in “own funds” as preference shares and that is how the funds were fully stitched up – the institution gave own funds and loan. My first experience in financial engineering.

For green field projects then and now the most reliable source of funding is public sector banks and institutions. These happy endings had a lot of hard work to make the institution trust the management team and that was assiduously built with a sense of honesty and straight forward dealing. Between being smart for quick short-term gains and honesty in dealings for long term gain, the latter always works well.

This was perhaps the most audacious decision taken by the team. We were in a small project office and used to go to “Hotel Sindoori” attached to Apollo Hospitals, Chennai for chats over coffee. In one of those meets, talk came around the product and target audience leading to significant product differentiation.

Mobile phones were used mainly as an outdoor communication tool in Europe and US where it was used while people travelled long distance in cars. Networks were created keeping this in mind. This leads to generally inferior connection inside buildings.

Chennai is not a place of distances. The team deliberated and decided that we will go against the global network philosophy and created inbuilding coverage ready network. This meant a lot more work, higher capex and equally high risk. This one move broke the backbone of competition. This call required “high risk-taking ability”. We didn’t have time for formal approvals and modified network plan and went ahead and ordered the equipment.

This decision was made possible because of the following:

THE IMPORTANCE OF TECHNOLOGY & TEAM

I had mentioned that the foreign partner joined us fairly late and us racing against time, we did not have the luxury of waiting for the secondees from Airtouch joining us to plan the network and dimension equipment. For Radio Frequency planning a sophisticated computer tool is required but our capable engineers designed the network without any, in the absence foreign partners – when we later verified his plan in the computer tool there was 99% accuracy level.

Similarly, the internal team had the capability to launch the first pre-paid service in the country with an indigenously built tool saving crores in capex.

It is important, that for a successful organization, capability across all functions is critical – excellence in pockets doesn’t work. None of these were planned as a strategy but evolved based on a simple principle “are we doing the right thing”.

The rate for the service was Rs.16.80 per minute. Chennai is a conservative and middle-class society. While we were clear that over time the rates would drop, identifying early adopters for a service hitherto unknown and seen as fancy was critical. We picked two major segments – film industry and politicians / bureaucracy.

The first distributor we picked was A V M Productions, the largest and oldest film production company followed by an individual well connected in the political circle. The third was a person from business community to reach out to wealthy businessmen. This approach was completely contrary to established distribution network but worked brilliantly.

This project was carried out when there were no great CRM solutions, and very rudimentary technology such as call distributor, logger etc. Considering high value and high-profile customer base, the call was to build a service culture and personalized approach to customer service. Yes, it was not a call center but a customer service department and was headed by a senior from Taj hotel. Our foreign partner Airtouch took a lot of inputs from the approach we introduced in customer service.

Large corporates and senior executives were a clear target group. We established a direct sales team to target top corporate executives in listed accounts with custom made offering leading to 80% of market share in this segment.

A segmented approach in product design, mobile phone range, specialized sales force and backed by a unique network made a huge difference leading to an overall 70% share of the market. Approach was product differentiation but with a segmented approach.

The core of a telecom products is the billing system; without this you can’t introduce any product. None of us knew anything about the capability that existed in the market. Though billing was part of Finance, the team involved in selection of the software was CFO & CMO. We evaluated the available product in the market and zeroed in on a new product.

This was untested and our foreign partner panicked. We still went ahead strongly believing in what we saw. This product later became industry benchmark. Once again, we were ahead and had the product capabilities that others didn’t.

WHEN DID WE LAUNCH

We launched a week before the target date and ten days ahead of the competitor with a network twice as big. We did succeed in stopping them though they were ready. We can discuss this over a cup of coffee. What became apparent to me was if we are clear about what we want, someone will find the solution. A solution was found.

KEY TAKE AWAYS FROM MY FIRST START UP EXPERIENCE

I am writing this in retrospect. I did not know any of this in 1995 but it evolved over time in my mind as a few key imperatives for a startup (I learnt many more in the following years of my career, which I will cover in my next blog).

Thank you for reading this blog. I will soon meet you with a follow up to this. 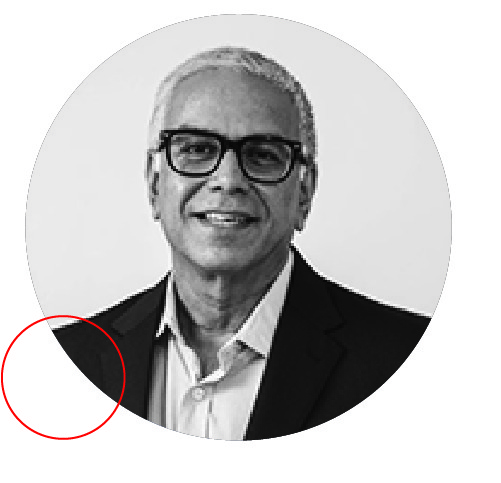